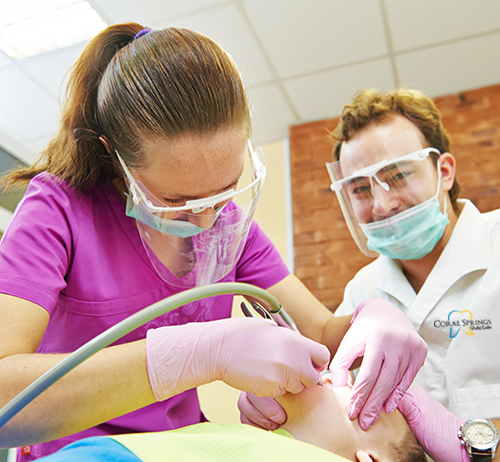 Some people get nervous at the thought of having any type of dental work being done on themselves.  Sedation Dentistry Coral Springs is a great alternative to those with any level of fear.  It doesn’t matter if you are just getting a routine teeth cleaning or a more advanced dental procedure.  With sedation dentistry you don’t have to let yourself go through the pain of a toothache or any other mouth related ailment.  Not getting treatment when the pain first occurs could lead to other catastrophic issues in your mouth and general overall health.  Coral Springs Dental Center offers many different types of sedation dentistry depending on the patient needs.

What exactly is Sedation Dentistry or sleep dentistry?  The use of different medications to ease the patient during routine dental cleanings and complex dental operations.  Although the term sleep dentistry is thrown around it’s not completely a true statement.  The patients will generally be awake except for those who have received general anesthesia.

The are four different types of sedation that are commonly used.

Minimal sedation technique in which you’re awake but very relaxed.

Moderate sedation technique (also known as conscious sedation) where you might have staggered speech and have very little memory of the actual dental procedure performed.

Deep sedation technique in which you’re on a very close edge of consciousness but are able to be made awake easily.  Not quite the twilight.

General anesthesia technique is where you one hundred percent completely unconscious. 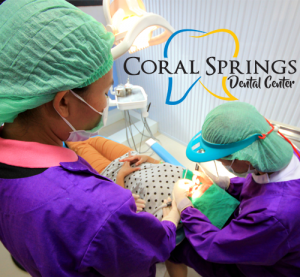 The techniques for each type of technique above can be applied in different manners.  Inhaled minimal sedation is used to be the most common dental technique but is still widely used today.  This dental procedure is where you breathe nitrous oxide blended with oxygen in a face mask that is placed over the nose.  This technique has been commonly referred to as laughing gas and is the only technique in which you might be allowed to drive yourself home after the procedure.  This is because the gas will wear off much faster than other techniques and is closely monitored during inhalation.  Sedation Dentistry Coral Springs is a completely safe procedure.

The Oral Sedation technique varies on the amount of a particular dose given and can be minimal to moderate in application.  A tablet form pill that is widely used in dental procedures is Halcion a derivative of Valium.  Generally the pill is ingested about an hour before your dental procedure.  You will become drowsy and tolerance levels are taken into consideration to deliver a more moderate sedation.  This anesthesia sedation dentistry technique is the most widely used for dental procedures today.  Moderate oral sedation will allow for you to fall asleep before and during the procedure but a little nudge will arouse you back to a conscious state.

The IV moderate sedation technique is where you get the sedative drug thru a vein, allowing it to take effect much more rapidly.  When using this technique it permits the dentist the ability to constantly monitor and adjust the level of sedation.